This was my Biggest Surprise in 2019!

Do you set aside time at the beginning of each year to reflect? I’m sure you do! I’ve looked back on 2019 and can do nothing but smile. But there’s one thing (well 3 things if we’re being technical) that happened and it gives me chills thinking about it! Let me just say with my personal proof that when you write down goals they will happen! 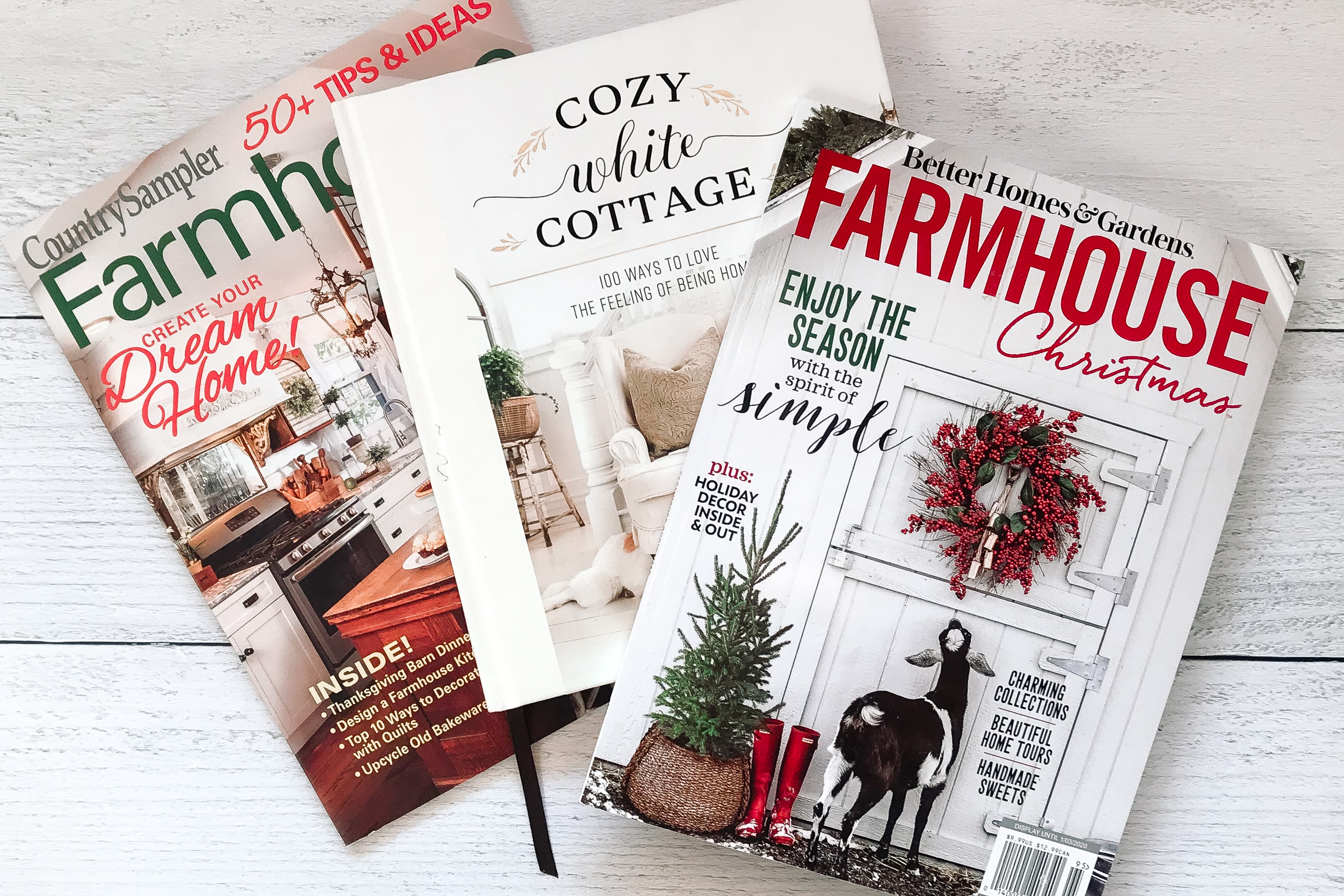 I’ve heard before about the power of writing down your thoughts, goals, and dreams. I’m talking about putting pen to paper and just brainstorming ideas. It can feel silly writing down really big goals sometimes, but after you hear my story you might be encouraged to do so!

When I first started making my signs I thought a lot about who exactly it is that would want to buy them. In business and marketing, you often hear terms like “ideal customer avatar” or “dream client” and basically that’s just a profile in your head about who would want what you have to offer and how you would speak to that person when sharing about your product or brand.

I wrote down some characteristics about who I thought would like my signs. I thought she’d be a girl who enjoyed going to vintage markets, decorating with architectural salvage, loved chippy white everything and had a country style. What’s funny is my detailed description of my “person” mirrored myself completely. When I’m talking to you, I’m pretty much talking to me from 5 years ago.

Then I came across an Instagram account that immediately became my favorite. April, from @sweetkentuckyhollar, was 100% my ideal customer avatar. She fit the description I wrote down exactly! So I wrote her name on a piece of paper as the #1 person I would want to have one of my signs in her home. 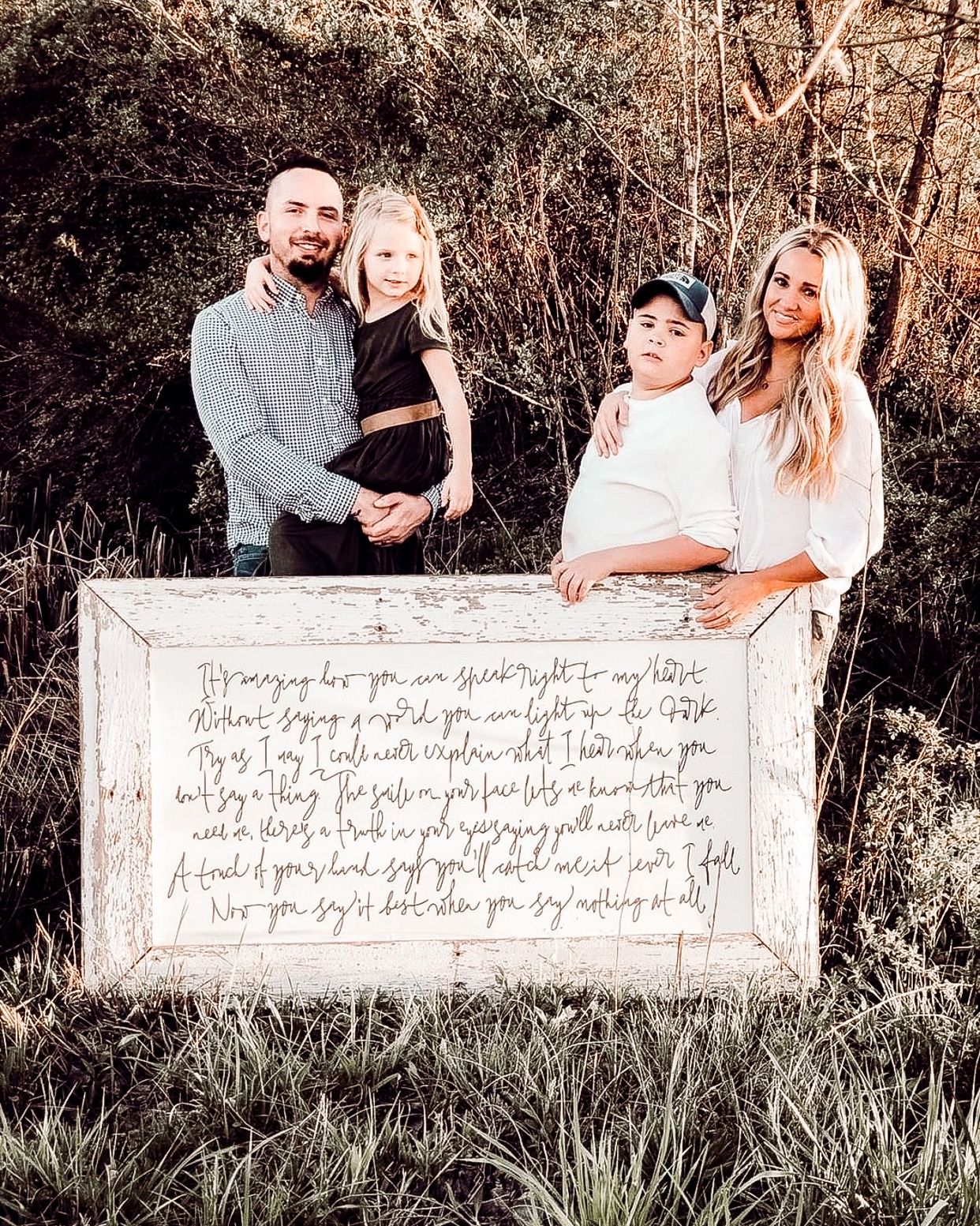 Sometime after that, I got to thinking about the ideal “home” I could see my signs in. I found this photo on Pinterest and took a screenshot of it. A few months later I came across Jamie’s Instagram account @whitetailfarmhouse and there was that picture I had saved… it was her mudroom! So I wrote down Jamie’s name under April’s on my list because she had the #1 home I would want my signs to be in. 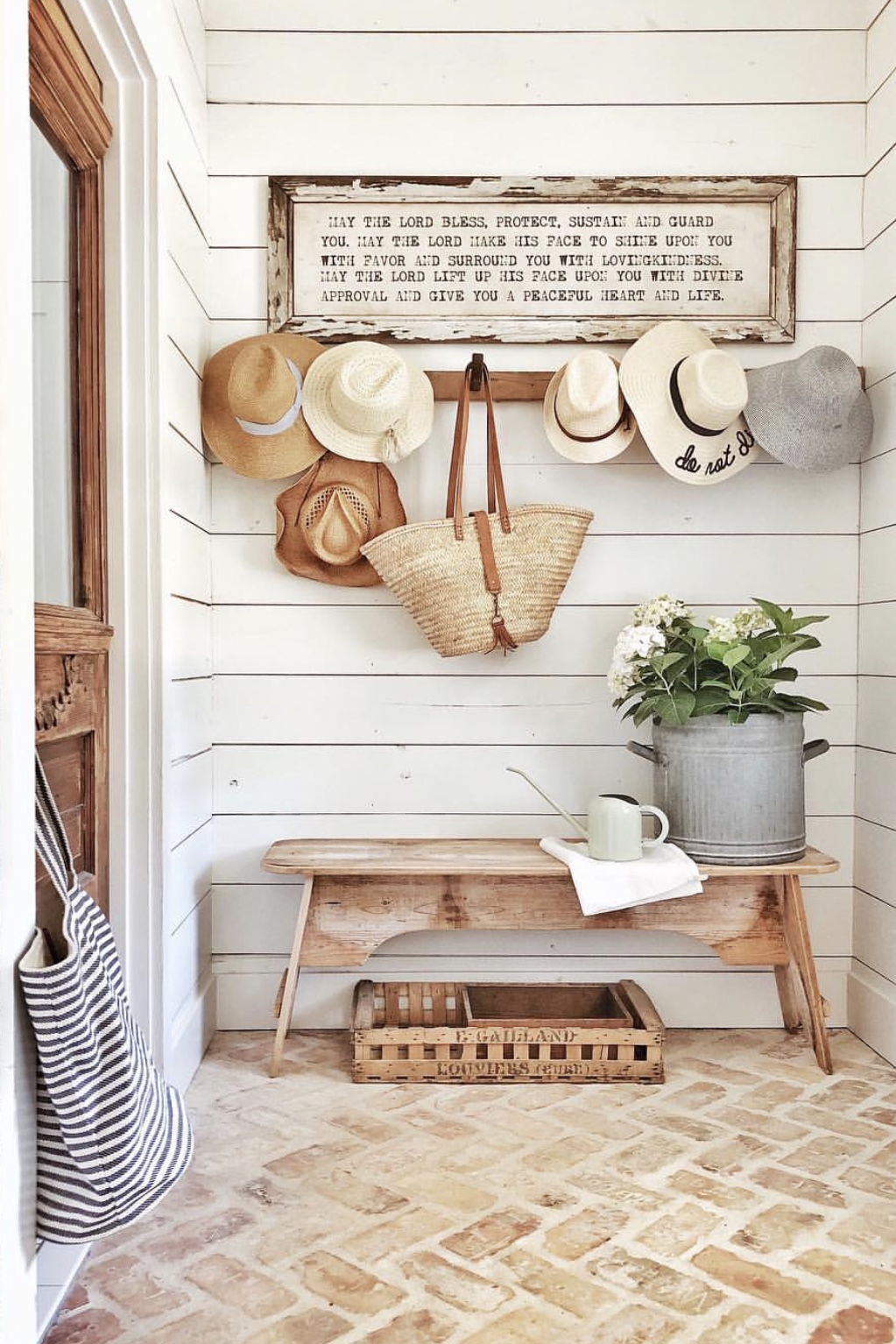 Now, I had been following along with Liz Marie Galvan’s blog for quite a while… of course, I’d dreamed of seeing my signs in her home but that was just too far-fetched for me to imagine. But one day I was listening to a marketing podcast and they said to write down your absolute dream client. I knew that was Liz Marie so I wrote down her name below Jamie’s. There were my top 3… those gals together encompassed who I imagined would connect with my signs, my brand, and me. My ideal customer is the trinity of the three of them.

Now, did I make it my goal to work with them… nope. I engaged with them on social media as I do with everyone I follow. I don’t follow or reach out to accounts for the purpose of gaining something for me; that’s not my character. I use social media to be social, not slimy.

So I had become friends with April a few months later and we were chatting back and forth. She told me that she was going to have her home photographed for Country Sampler’s Farmhouse Style Magazine and wondered if I might be able to make a sign for her dining room before the photoshoot. It took me all of 1 second to reply YES!!!!!!!!!!!! I was just beyond thrilled that she wanted one of my signs, let alone that it could possibly be pictured in a magazine. I couldn’t believe it; my ideal customer was going to have one of my signs in her home.

Then a few weeks later, I was chatting with Jamie and the conversation was pretty much the same as April’s. She was going to have her home photographed for Better Homes and Garden’s Farmhouse Christmas issue and you wouldn’t believe where she was hoping I could make a Christmas sign for… her mudroom! The exact photo I took a screenshot of months prior before even knowing Jamie. It gave me chills!!

And if it couldn’t get any crazier, that’s when I saw Liz Marie’s name come in on an order for two of my signs. My jaw dropped. My dream client had just bought two of my signs.

All of this happened within one month…

So a year goes by and I had actually forgotten that Country Sampler’s Farmhouse Style magazine featuring April’s home was coming out. That’s when I opened my inbox one day to find several emails asking about April’s sign they saw in the magazine. The sign must have been pictured if all these ladies were emailing me about it! I drove an hour away just to go to Wal-Mart to find the issue. I found the magazine, flipped to the page where my sign was pictured, and read the caption “made by her friend from Weathered Wood Home”... I just couldn’t believe it. I showed the lady browsing next to me. I said, “I made that!”

I bought 2 issues for me that day and one for my mom. 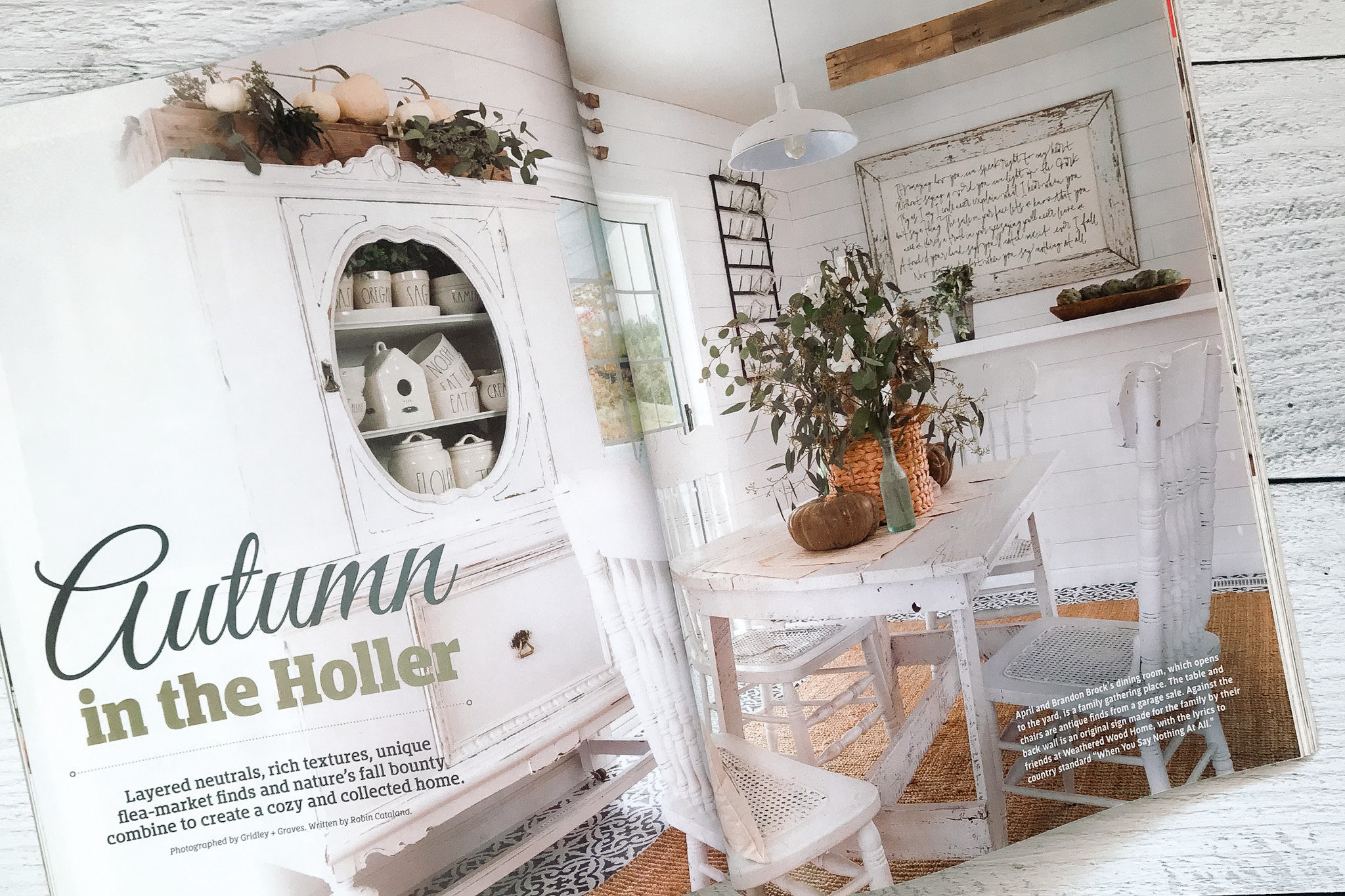 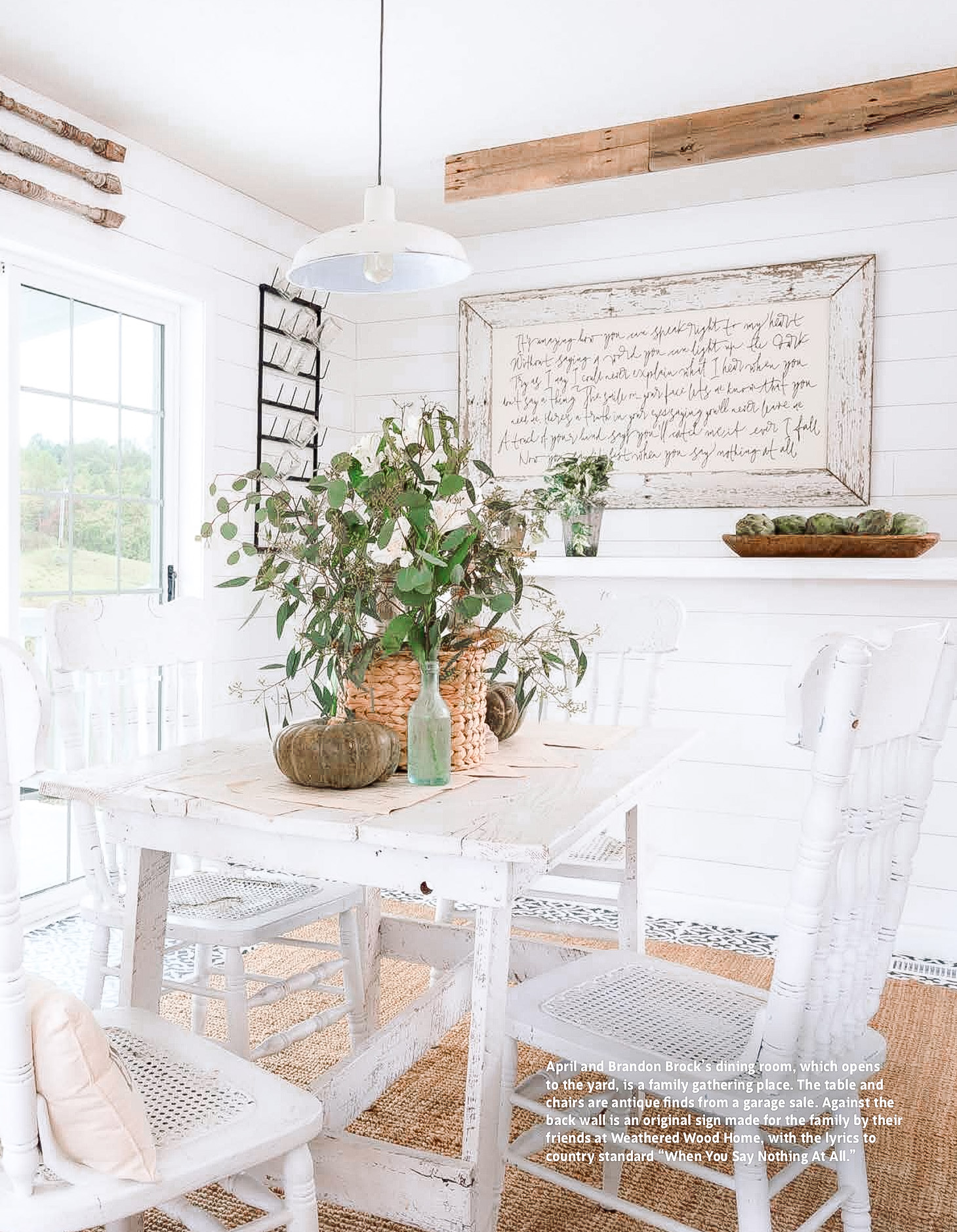 A few months later, the Better Homes and Garden’s Farmhouse Christmas issue came out. I drove to that same Wal-Mart again, once again told strangers all around me “that’s my sign!” and bought 3 issues for me and my mom.

I knew it was possible the signs might appear in those magazines, but I was already so crazy thankful just to have them in those gal’s homes who were now friends of mine. 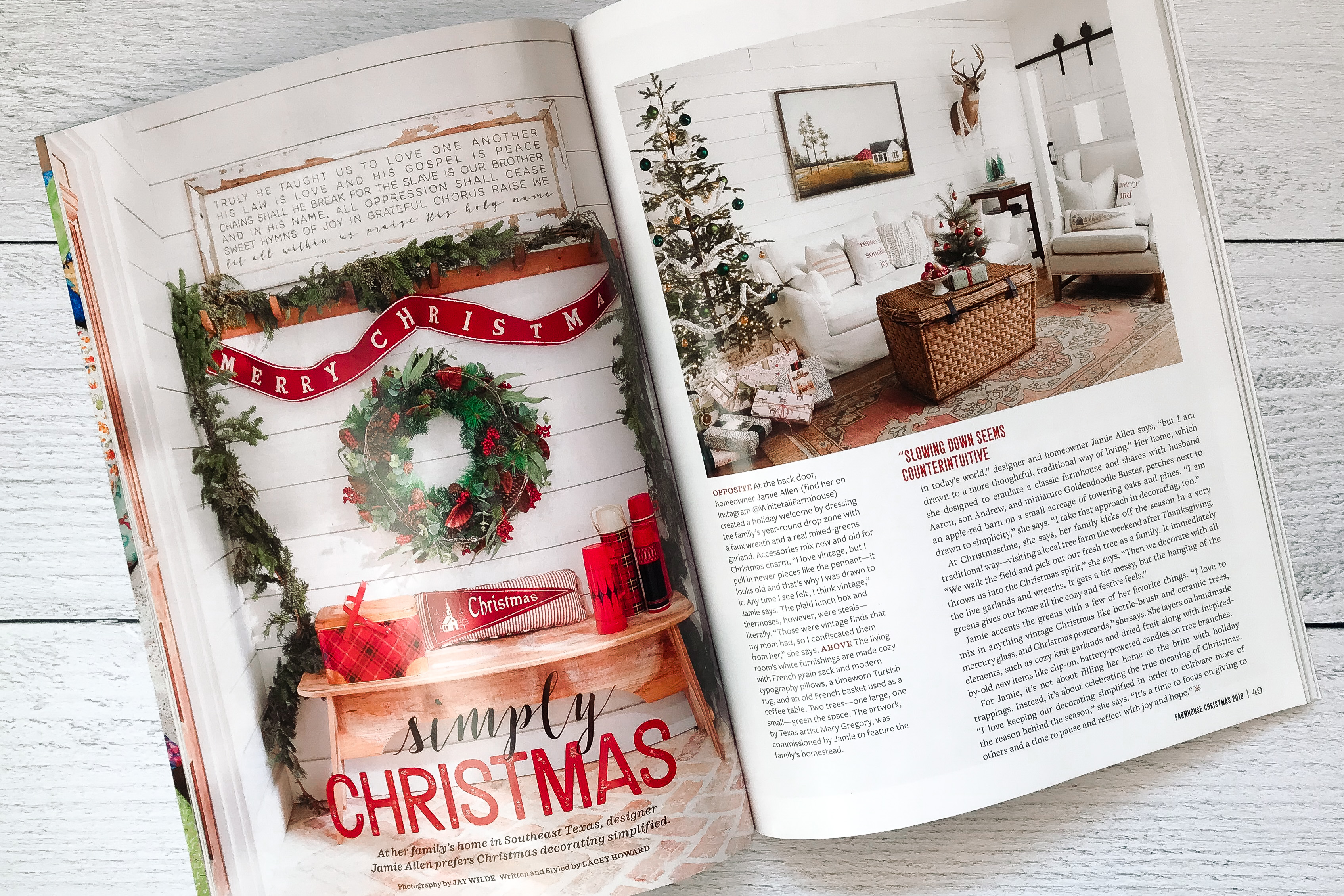 What happened next was my biggest surprise in 2019…

I had already pre-ordered a copy of Liz Marie’s book Cozy White Cottage so I received it the day it came out. As I was scanning through her 100 ways to bring coziness into your home, I was stopped suddenly when I got to #64 on her list. There are page 147 of her book was a photo of my sign in her home. The sign that my dream client bought from me was in her book!

So when I reflected on the business side of my 2019, I pulled out that crumpled piece of paper with those 3 names on it. I thanked God for not only making my goals a reality but far surpassing them by letting me see my work in print.

But honestly, as amazing and unexpected as that was for me, I get just as excited seeing my signs in your home! Because that’s a big deal to me that you choose to hang one of my signs on your limited wall space when you have so many options out there these days! For my signs to be treasured in your home and homes all over the country (and even some outside this country!) is a blessing I’ll never take for granted!

To find your perfect sign from my Vintage Framed Collection, you can shop HERE. But before you do that make sure to grab my coupon code for 15% off your first purchase HERE!

And if you already have a sign in your home but are in need of little inspiration on how to show it off, you can download my free guide 7 Inspiring Ways to Decorate with Signs. Follow my 7 tips in that guide and your sign will be styled and showcased just as beautifully as April, Jamie, and Liz’s sign! 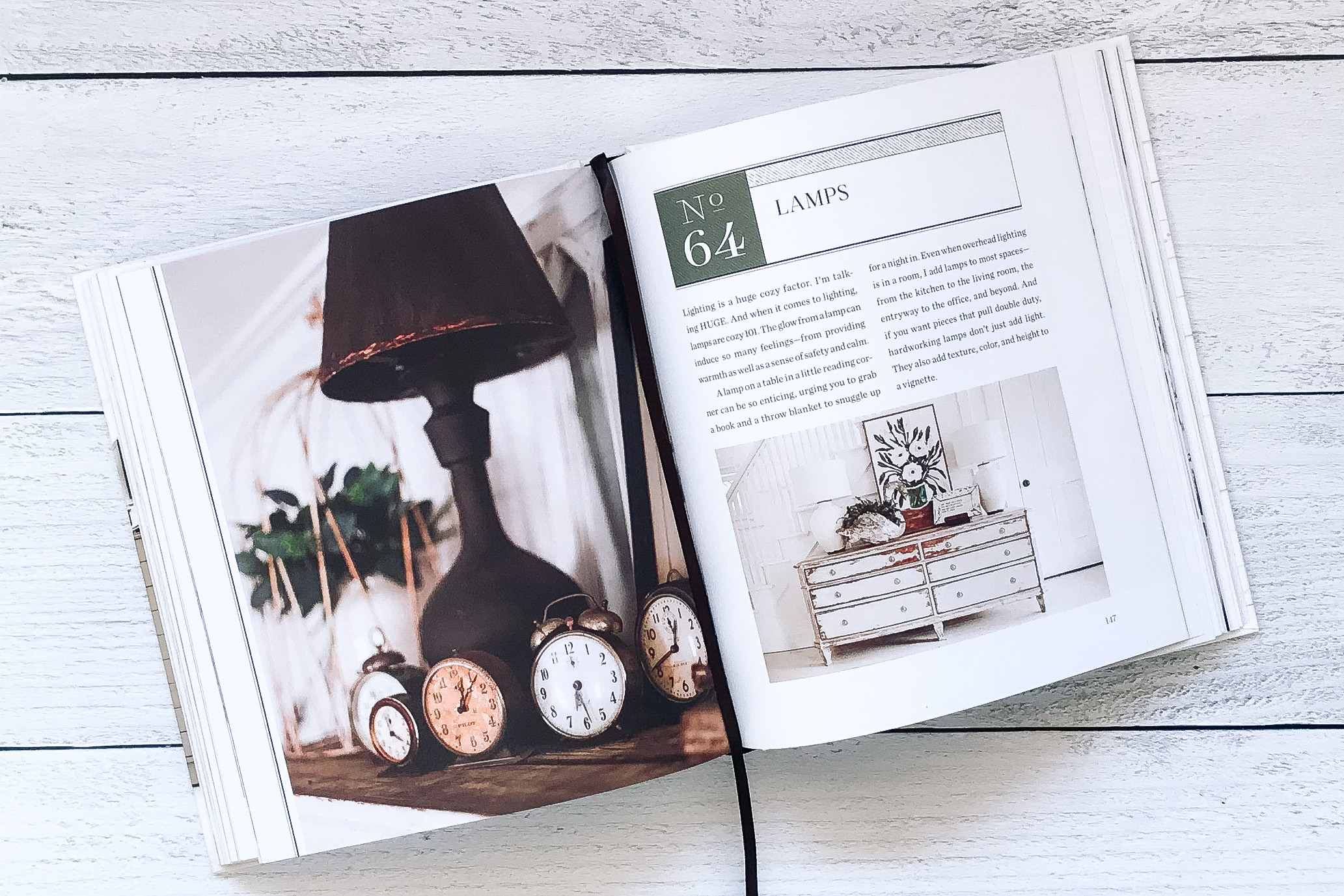 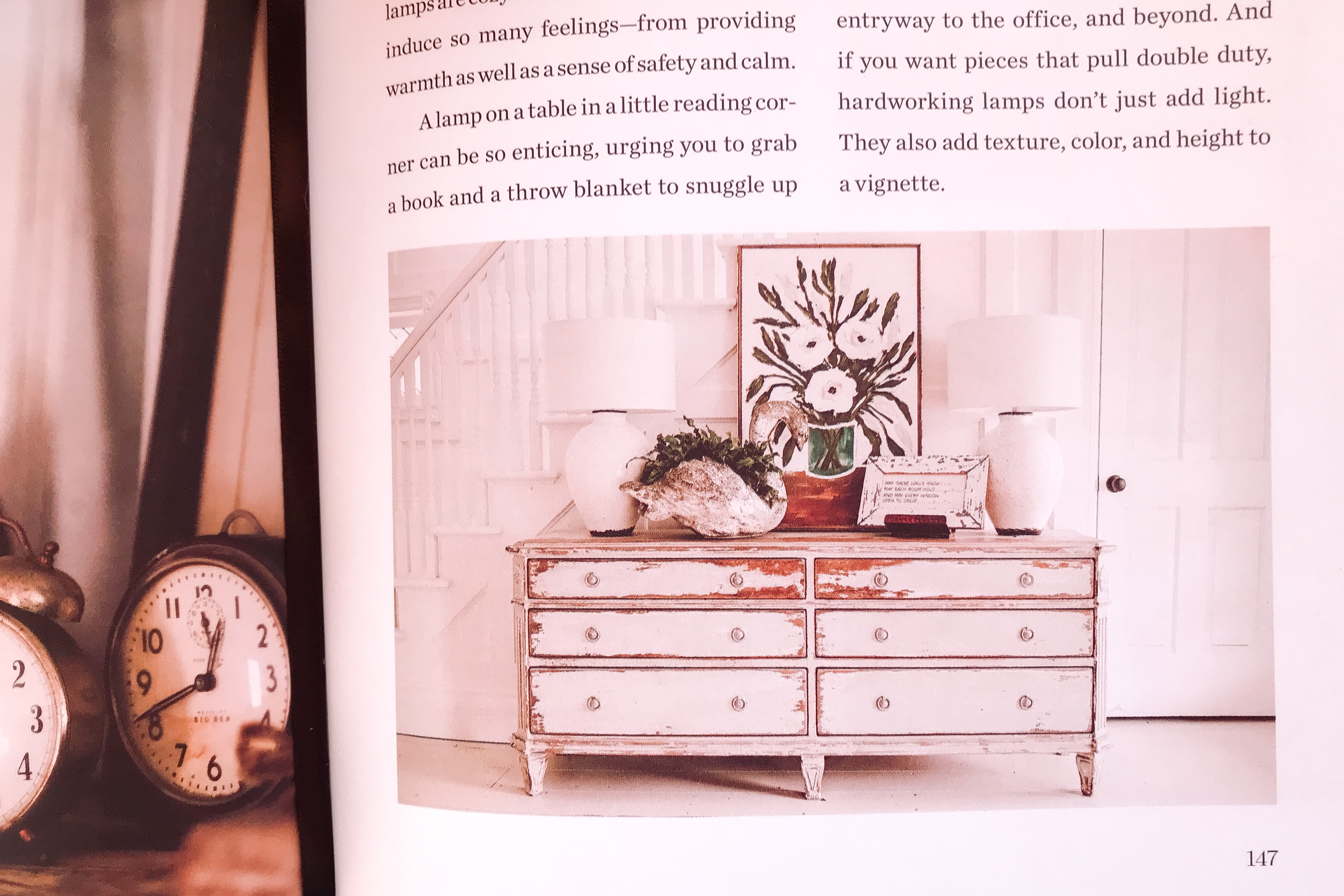 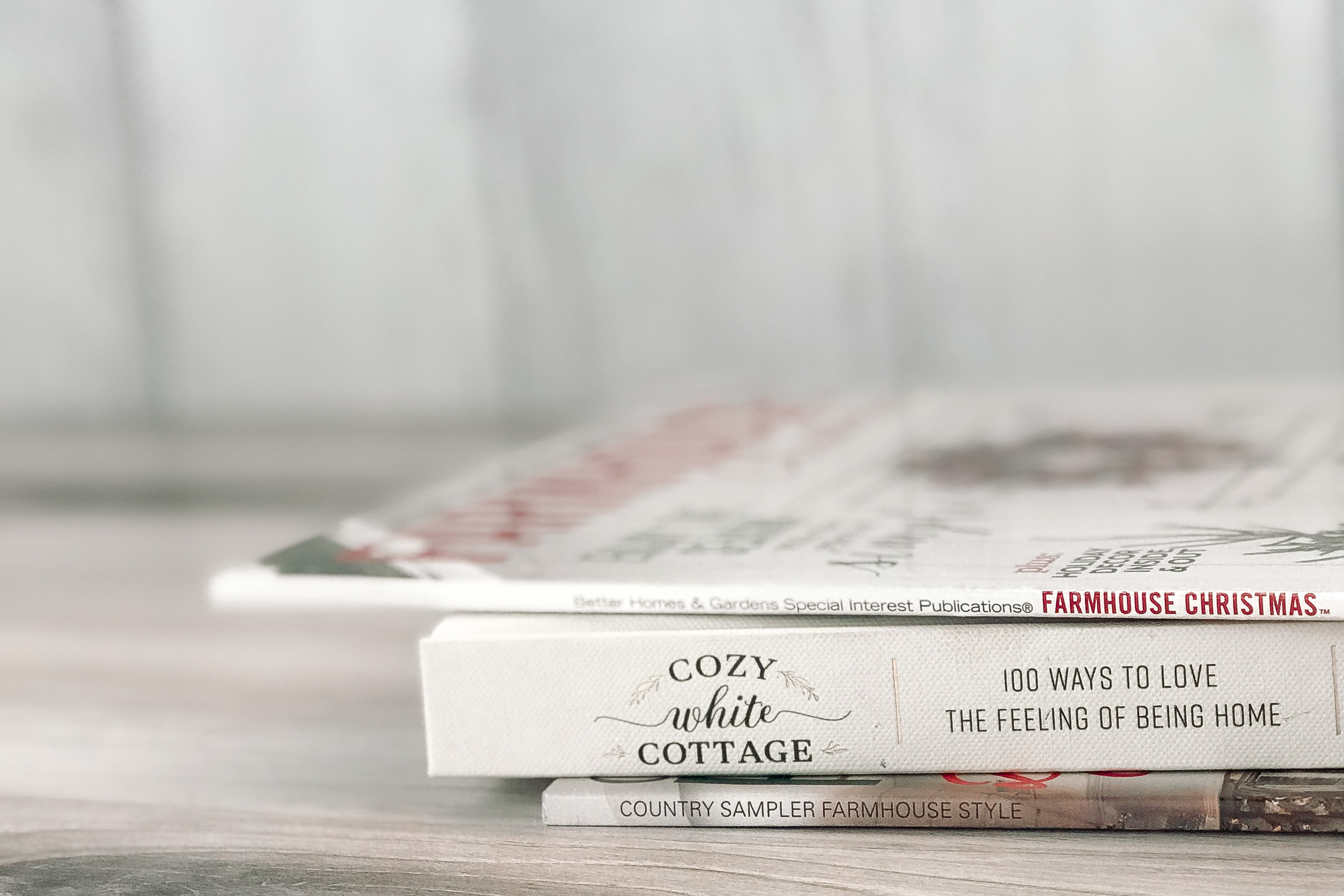 Back to My Weathered Wood Home